skip to main | skip to sidebar

Newly discovered documents related to the assassination of Malcolm X confirm that Norman 3X Butler was one of the assassins and that his sidekick, Thomas 15X Johnson, was also involved in the conspiracy.

The plot to kill Malcolm X was hatched in the spring of 1964 by Elijah Muhammad, leader of the Nation of Islam (NOI), after Malcolm X discovered that Muhammad had fathered more than six children by his teenage secretaries.

Malcolm X officially split with the Nation of Islam in March 1964. He planned to testify against Muhammad in a paternity suit filed by two of the secretaries in Los Angeles. However, he was gunned down near New York City on February 21, 1965, before the case came to trial.  The secretaries, fearful of being killed, dropped the lawsuit soon after the assassination.

On the day of the assassination, eyewitnesses said that three men on the front center row of the Audubon Ballroom shot Malcolm X to death immediately after two men stood up in the mid-section of the ballroom and began arguing.

Numerous eyewitnesses identified one of the shooters as Thomas Hagan, a member of a Newark-area mosque who was captured inside the ballroom after being shot in the left thigh. His left leg was broken during a pummeling by audience members.

Johnson, who maintained his innocence until he died in 2009, claimed that he was at home at the time of the assassination. He said that he was temporarily disabled due to circulatory problems in his right leg.

“I had nothing to do with the assassination,” Johnson told this writer in 2005. He also claimed to not know who was involved. He did admit to knowing, however, about the Nation of Islam’s plan to kill Malcolm X on February 21, and added that there was more than one team of assassins in the Audubon Ballroom that day.

“Once they [the NOI] we found out that they weren’t searching people at the door, there was no way Malcolm was going to leave alive that day,” he said, because multiple teams of assassins were present in the audience.

Despite his protestations of innocence and not knowing who the actual assassins were, his hospital records reveal that several of the men named in two affidavits by Hagan as his co-conspirators visited Johnson. The hospital records dispel any notion of Johnson’s innocence. Even though he might not have been in the Audubon on February 21, he knew Butler and the team of assassins from Muhammad's Mosque No. 25 in Newark. 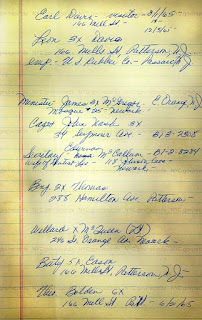 James 3X [McGregor] Shabazz, minister of Mosque No. 25, also visited Johnson. He was believed to be a key player in organizing the assassination. He was shot to death outside his home in 1973 by a rival group of Muslims in Newark. 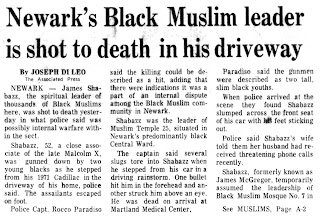 During the joint trial of Hagan, Butler, and Johnson in February 1966, Butler claimed that he, too, was laid up with a debilitating leg injury on the day of the assassination and that his physician could prove it. However, when his doctor was called to the stand, he testified that he did not see Butler until February 25, which was four days after the assassination.

He testified further that Butler’s injury was consistent with someone having fallen down steps. Eyewitnesses told police minutes after the assassination that one of the assassins appeared to have injured his leg when he jumped down steps leading to the exit of the ballroom.

Some scholars insist that both Butler and Johnson were framed, but these discoveries confirm eyewitness accounts of Butler’s role as an assassin and further refute the contention that Butler was given an unfair lineup. 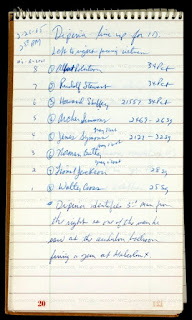 As this document and others prove, Butler was in most instances subjected to a standard lineup in which a witness was asked to determine whether anyone in the lineup was the person they saw commit the crime. Butler was selected by numerous eyewitnesses. He also fits the description given by eyewitnesses moments after the assassination of Malcolm X.

Moreover, Sharon 6X Poole, a former member of the Harlem mosque, distinctly recalled seeing one of the assassins at the Harlem mosque. She later identified Norman 3X Butler as the person she saw shoot Malcolm X.

Even more incriminating is documentary footage captured moments after the assassination. It shows a person fitting Butler’s description forcing his way through a crowd to get a look at Malcolm X’s body as it is taken to the hospital across the street from the Audubon. 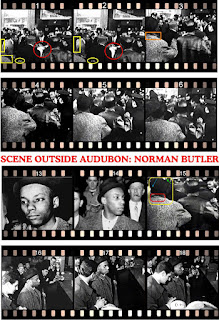 The footage also shows a tall, bearded black man fighting to free Hagan from the clutches of the police and eyewitnesses. This man was later identified as William Bradley of the Newark mosque.

In an affidavit signed in 1977, Hagan swore that neither Butler nor Johnson were involved in the assassination. Instead, he claimed that an individual named Leon Davis was one of the shooters who used a handgun. He also claimed that a “Ben Thomas” and a “Wilbur McKinley” also participated along with William Bradley.

A document from Johnson’s hospital records show that he was visited by the following NOI members from New Jersey  between August 1964 and December 1965:

Four people implicated by Hagan and other reliable sources on the assassination also visited Johnson. As such, Hagan's trial testimony and his subsequent affidavits are riddled with fabrications and half-truths. Butler’s attempt to receive exoneration (after which he could file a lawsuit seeking millions) has been championed by the Innocence Project and others, who clearly have not examined the evidence closely.

Even Steven
Karl Evanzz is the author of several books about the Nation of Islam, including The Judas Factor: The Plot to Kill Malcolm X (1992) and The Messenger: The Rise and Fall of Elijah Muhammad (1999). He was the ghostwriter for Mark Curry’s bestseller, Dancing with the Devil: How Puff Burned the Bad Boys of Hip Hop (2009), and author of The Wilma Chestnut Story (2011).